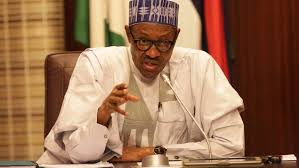 Plan by the opposition parties to form a grand alliance to challenge President Muhammadu Buhari, the expected torch bearer of the ruling All Progressives Congress (APC), in next year\’s election, is finally taking shape as the parties have almost concluded the terms of the alliance.

Reportedly, the leading opposition party, Peoples Democratic Party (PDP), Social Democratic Party (SDP), Labour Party, African Democratic Congress (ADC), New PDP (nPDP) and about 34 other parties and groups at the weekend were close to signing a memorandum of understanding (MoU) on the alliance.

The four-member  committee working on the MoU, it was gathered, was expected to perfect the document earlier in the week but could not finish it. This, it was said, was to give the legacy aligning parties enough room to digest the contents of the MoU and come up with suggestions before a final draft is produced and signed.

It was learnt that the opposition leaders are mindful of time and are determined to conclude work on the document and sign it within weeks.

Talks were said to have reached a critical stage among the leaders of the opposition parties, who were said had agreed on how best to go about the alliance in a way that will make the 2019 presidential election a walkover for the opposition.

Sources reportedly said that the PDP, nPDP group and other aggrieved groups within the APC had shown strong commitment towards the alliance which they said was necessary in the interest of the country, which they said is drifting towards disintegration.

A significant number of serving governors and a majority of the National Assembly members across party lines, it was revealed, had bought into the alliance, as well as  former presidents who are worried that the country is tottering on the precipice with a troubled economy,  escalating killings, vices and growing corruption in the country, without decisive action from the sitting government.

It was also gathered that one of the pending issues among the groups is the platform to adopt, particularly on whether to use ADC, PDP, SDP or any other acceptable party as the platform to drive the alliance. Besides, the issue of platform would not be a sore point, as the overriding consideration for the stakeholders is the need to save the country from total collapse under the Buhari government.

The stakeholders expressed worry that the Buhari-led government is not ready to arrest the sliding economy or protect the citizenry against armed invaders, especially in view of the ceaseless killings across the country as a result of the unchecked activities of herdsmen and other unscrupulous elements.

Meanwhile, a crucial meeting has been scheduled for Makurdi, the Benue State capital, on Tuesday, by Southern and North-Central leaders of the country on the possibility of a candidate of that zone extraction squaring up with incumbent President Muhammadu Buhari in next year’s elections.

The paper reported sources hinting that the option is among current permutations in the major groups of political parties and mass-based organisations trying to forge an alliance before the polls.

Some Northern leaders privy to the planned meeting in Makurdi, reportedly said that a couple of politicians from the North-Central nursing presidential ambition had indeed reached out to influential groups and individuals from the South for possible endorsement.

Checks indicated that the leaders will hold a zonal rally, similar to the ones organised in the three zones in the South in the last few months to test the strength of the movement that will coalesce in the grand alliance.

The leaders, it was also gathered, would use the opportunity of the meeting to extract commitments of the various interest groups to the current renaissance, especially on the overall agenda of the movement.

Part of the demands of the leaders include restructuring of the country, implementation of the 2014 National Conference report; shakeup in the nation’s security architecture, as well as in the Independent National Electoral Commission (INEC) to guarantee free, fair and credible elections next year.

Details have also emerged as to how leaders of the Middle Belt Forum picked four of its 12 presidential hopefuls for the 2019 election.

Sources close to the Forum reportedly said in Abuja that the Forum X-rayed credentials of the contenders including Senator Barnabas Gemade, Dr. John Dara; Prof Iyotshe Hagher and one former military officer whose name was given as Col Kontagora (retd).

It was gathered that the plan of the Middle Belt was to checkmate the core North in the race for 2019 election, as sources said that the Middle Belt had always been overlooked anytime the presidency was coming to the North.

The move is a massive one and there is the determination to checkmate the North this time. The core North has always taken the slot each time the presidency is zoned to the North. This time, we are presenting quality candidates, who are seasoned technocrats  and we will market them to the whole country, a source in the know said.

It was also gathered that during the week, leaders of the Middle Belt would present the shortlisted four aspirants to leaders of the pan-Yoruba socio-political organisation, Afenifere, the pan-Igbo group, Ohanaeze Ndigbo, and the South South Forum in a bid to determine the ultimate candidate for the job.

Sources said that the four regional groupings would hold another screening session to bring up a ‘unity candidate’ which will ensure that the North is checkmated this time.

If you look at the electoral map of elections of 1983 and 1999, you would discover that the Middle Belt delivered the presidency to Alhaji Shehu Shagari and ex-President Olusegun Obasanjo in the two rounds of aelections. The Middle Belt has always played a key role in resolving the electoral direction of Nigeria, a source stated.

It was gathered that the four emerged after a rigorous screening exercise, featuring a dozen aspirants.

The screening panel, which was chaired by Air Commodore Dan Suleiman (retd), according to sources, shortlisted Olawepo-Hashim as the youngest presidential hopeful from the Middle Belt due to his display of verse knowledge in business and economy. 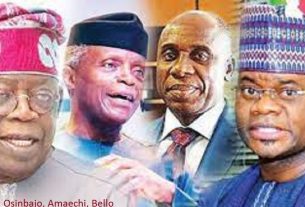 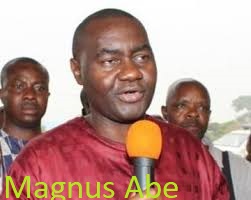 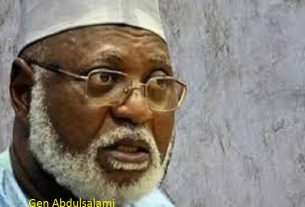