Piece of silver in the smithy’s forge

The Guardian Editor asked to which desk I would like to be sent for the one-month assessment. Since I had natural flair for the literary/performing arts, I chose Mr. Ben Tomoloju’s arena. Although I’d never met him, I knew the Arts Editor by reputation in the cultural circuit and had, in fact, been familiar with his cultural activism since my secondary school days when he reportedly used to invite some talented members of my school’s cultural and dramatic societies of which I was the President and Secretary respectively, to come feature in his troupe’s performances. I learnt he was a school teacher in one of the schools in the Agege area of Lagos then but who was fond of seeking vent for his irrepressible talent and passion for the arts. I was in Lagos African Church Grammar School, Ifako, Agege.

The Editor shot my suggestion down. “We already have capable hands on the arts desk”, he said curtly and with a pride that suggested I stood no chance of competing with the reporters on that beat.

Kusa eventually sent me off to Mrs. Harriet Lawrence on the Features Desk. That an African-American was on the staff was another pleasant discovery of the robust stature of the newspaper company. Unfortunately, the woman, who was to play significant role along my career path, and I didn’t exactly hit it off in the beginning.“You said you wanted a job here and nobody’s gonna see you around!” she shouted angrily about the second week I was supposed to be working under her without having submitted a story!

My attempt to explain that I was finding it difficult to manage and cope with both my job schedule at the Lagos Horizon and Rutam’s only provoked further hails of thunder and lightning from the Features Editor. It was Mike Asuquo, her quiet and amiable assistant, who came to my rescue and saved me from Lawrence’s fury and a budding scandal. (Anyone familiar with the newsroom setting during production can imagine the picture!). Mike came over and, sympathetically placing his hand over my shoulder, steered me gently towards the passage between the Arts Editor’s office and the Business Manager’s office leading towards the library and newsroom entrance where I poured out my mind to him.That incident prompted me to take my annual leave from my office in order to have time to devote to The Guardian’s task.

A week after I reported as a test candidate I walked into Mrs. Lawrence’s cubicle to greet and welcome her from a trip she’d taken before I came. Interestingly, she was busy reading the ‘Focus’ page of that day’s edition of the newspaper which featured my first published story. Seeing me, she thumbed that particular page of the newspaper spread on her table and asked: “You wrote this?”I answered in the affirmative, to which the Editor slightly nodded, curling her lips in a genial way that, however, barely showed her teeth. I withdrew persuading my chi that the Editor’s gesture must signal her satisfaction with the article and possible declaration of truce. And indeed it was the end of the war between us, at least for the temporary period of my evaluation.

From then on I saw a different Harriet Lawrence. The American was a damn good professional, workaholic and inspiring leader who relentlessly drove her team to accomplish in days tonnes of tasks it would have taken weeks or months to achieve through a subtle interplay of bullying, encouragement and motivation. She took a new interest in me and so did her able lieutenants – Banji Adeyanju, her deputy; Asuquo; Felix Abugu; and Bisi Ojediran (Daniels). I learnt a lot from the gentlemen, especially Asuquo and Ojediran, who, apparently impressed with my first two Focus stories, not only showed me how further to enrich and discipline copies, but also started entrusting me with editing and rewriting poor scripts of some of my fellow candidates by the second week.

I still remember the look of admiration Ben Ukwuoma, a Health reporter, threw me when Yinka Oduwole, a namesake I met on the desk gestured at me as the writer when the health reporter came to ask if Yinka’s presumed byline on my first published story was muddled up in production. When also told that I was a test candidate on the desk, the soft-spoken Ukwuoma had exclaimed: “You really wrote this? Keep writing like this and The Guardian will have no choice but to employ you.”The health reporter had injected me with steroids!

My second story to be published was about waste incinerators which the Lagos State government had built at huge costs in various parts of the metropolis including Ebute meta and Oshodi-Apapa Expressway, not too far from The Guardian head office for the burning of hard wastes collected in Lagos, but which it soon abandoned and later sold off due to technical problems that made it impossible to service or maintain them after they broke down. The story, inspired by my curiosity at noticing workmen and representatives of the buyer cannibalizing and disposing components of one of the facilities sited in my area on Apapa Road to scrap dealers, examined the crises of sustainable policy formulation, implementation strategies, wastage of tax payers’ money/public resources investment viz a viz the intractable problem of ridding Lagos of filth.

Apart from these two and a few collaborative pieces, I was assigned the investigation of the controversial stalling of the Ogunpa Channelization project arising from a contract dispute between the Oyo State government and the company handling the flood control scheme. The probe took me to Ibadan where the perennial overflowing of the Ogunpa River had again just destroyed many property along the river bank. The trip saw me interviewing the military governor, late Abdulkareem Adisa, the estranged contractor and other stakeholders.Of about five of us candidates in that batch, I could remember only Gbemiga Ogunleye and I were hired on Mrs. Lawrence’s recommendations at the end of the exercise. I was already eagerly looking forward to joining this formidable team who from their encouragement and support showed they believed I would be a worthy addition.

In fact, on the verge of returning to my job at the Lagos Horizon, I was persuaded to stay on for Mr. Kusa to return from a trip to Europe to ratify my appointment, which, the Features Editor assured me would take immediate effect. Mrs. Lawrence even suggested I pay off my employers with a month’s salary in lieu of the mandatory quit notice.

But hope that I’d soon join this impressive battery of journalists was short-lived, as the Editor, on his return from abroad, posted me instead to the News desk as a roving reporter! He rebuffed entreaties by the Features Desk to rescind the decision on the logic that they deserved to have me being the one that actually determined my suitability for employment. 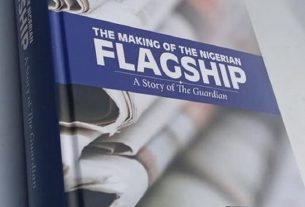 The making of a The Guardian reporter – Part 1 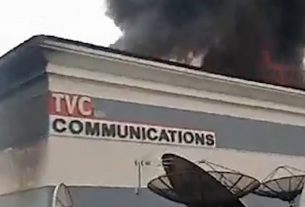 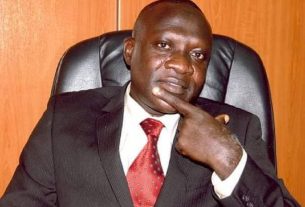 The making of a The Guardian reporter – Part 5