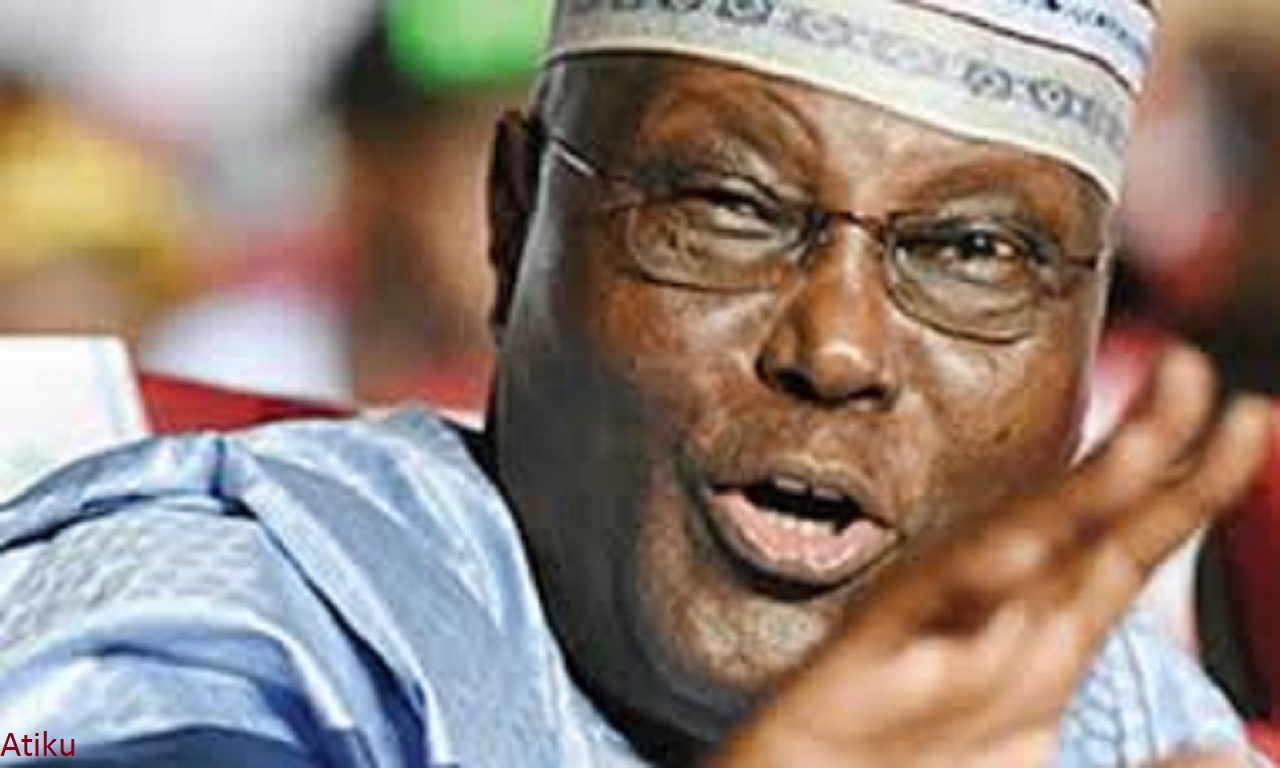 Former Vice President and the presidential candidate of the Peoples Democratic Party (PDP) Atiku Abubakar has declared that the PDP National Chairman, Dr. Iyorchia Ayu won’t resign as being demanded by the Rivers Governor, Nyesom Wike and other PDP Governors in his camp.

Reacting in a statement on Wednesday, the former Vice President said he is surprised by the withdrawal of Wike and his associates from the party’s campaign council.

Atiku said: “Early this morning, my attention was drawn to a news clip in which several very senior and influential members of our great party, the Peoples Democratic Party (PDP), addressed the press and, amongst other things, declared that they are withdrawing, forthwith, from the Presidential Campaign Council set up by our party to judiciously plan and prosecute the general elections set to hold in February and March 2023, on the one hand; and reiterated their earlier calls for the resignation or removal from office of the national chairman of our party, Senator Dr. Iyorchia Ayu, on the other hand.

“The people that addressed the press must have their reasons for withdrawing from the Presidential Campaign Council, and I will not speculate as to what those reasons may be.

“Personally, I am quite surprised with this withdrawal because, as I have been informed by officials of our party, apart from the Rivers State chapter of the PDP, all the remaining states of the federation submitted names of people who they wanted included in the Presidential Campaign Council.

“On the calls for the resignation or removal from office of our national chairman, however, I must reiterate what I have said severally in public and in private; the decision for Dr. Iyorchia Ayu to resign from office is personal to Dr. Ayu and, neither I nor anyone else can make that decision for him.

“As to the calls for the removal of Dr. Ayu from office, however, I will state that, as a committed democrat and firm believer in the rule of law and democratic tenets, and our party being one set up, organized and regulated by law and our constitution, it is my absolute belief that everything that we do in our party must be done in accordance with, and conformity to, the law and our constitution.

“Now, our nation is currently in the throes of a multidimensional crisis encompassing insecurity, economic meltdown, disunity and mutual mistrust and educational dislocations, to mention a few.

“I have a plan to address these issues and I have, graciously, been given the ticket to lead our great party in next year’s presidential elections, with the singular mandate to come and lead the efforts to cure these ills.”

“Every single person who loves this country, as I do, is needed for the arduous tasks that face us ahead as a nation, and this includes every member of the PDP.”

Wike’s group had on Wednesday, in a resolution read by a former deputy national chairman of the party, Chief Bode George, after a long meeting held at Governor Wike’s private residence, near Port Harcourt, Rivers State capital.

The group, which has been relentlessly calling on the party’s national chairman, Senator Iyorchia Ayu, to resign for a Southerner to take over to strike a balance, also resolved that an acting Chairman from the South should lead the party on the national campaign, going into the elections.

They had vowed not to play any role in Atiku’s campaign ahead of the 2023 general elections; and insisted that there was no going back on the call for Ayu’s resignation as the national chairman of the party.

While reading the resolution, George said they were worried over the division in the PDP, saying the parry’s internal mechanism should brace up to the challenges.

“We resolve that we are deeply concerned by the division in our party. We are aware that over the years our party has developed conflict resolution mechanisms that guarantee inclusiveness.

“The published presidential campaign council list translates to putting the cat before the horse. The pertinent issue remains the resolution of the leadership which is a departure of Senator Iyorchia Ayu must resign as the National Chairman of the party for an acting Chairman of the Southern Nigerian extraction to emerge and lead the party on the national campaign.

“Consequently, we resolve not to participate in the campaign council in whatever capacity until the resignation of Dr. Iyorchia Ayu.”

Despite a confidence vote passed on Ayu by the party’s national executive committee, the group insisted that the he must resign for them to rescind their decision.

The meeting, which held at Wike’s private residence in Port Harcourt, the Rivers State capital, came less than a week after the party appointed some members of the group into Atiku’s presidential campaign committee.

After their Wednesday’s meeting, the group insisted that the party’s chairmanship position must come to the South for balance, justice, and equity in the party, hence they will not play any role in Atiku Abubakar’s campaign council.

They maintained that their position was not negotiable as the chairmanship of Ayu undermined the unity and constitution of the party.

While accusing Ayu of compromising the May 28 and 29 presidential primaries of the party through his conduct, the members said the published presidential campaign council list was tantamount to putting the cat before the horse.

It was learnt that PDP chieftains at the meeting included Makinde, former Governors Olusegun Mimiko of Ondo, Ayo Fayose of Ekiti, Donald Duke of Cross River, Ibrahim Dakwambo of Gombe, and Jonah Jang of Plateau, and a former Attorney General of the Federation, Mohammed Adoke.

Others are a former Information Minister, Prof Jerry Gana, South-south Chairman of the PDP, Dan Orbih, and a former deputy Speaker of the House Representative, Chibudom Nwuche among others.

Members of the group vowed not to participate in the campaign committee in whatever capacity except Ayu leaves his position for a southerner.

The party has been enmeshed in leadership crisis after the presidential primary of the party where Atiku floored Wike and other aspirants in the race to emerge the party’s presidential candidate.

Wike’s group is demanding the resignation of the national chairman but Mr Ayu has insisted he was elected for a four year term.

They Ayu’s resignation to achieve a “regional balance”, since the party chairman and Mr Atiku are both from the north.

Already, the party’s Chairman of Board of Trustees (BoT), Walid Jibrin, who is also from Nasarawa State in the North, resigned.

The Deputy Chairman, Adolphus Wabara, a former senate president from Abia State in the South-east is acting as the BoT chairman.

However, the Wike’s camp is not impressed with with Jibrin’s resignation, insisting it is Ayu who should vacate his position. 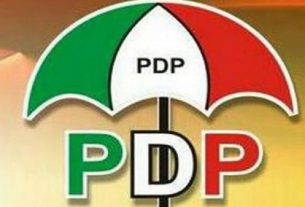 PDP governors to meet Monday in Bauchi over economy, others 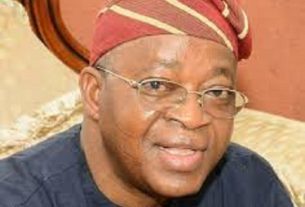 Intrigues that made Oyetola, other governors lose second term bids 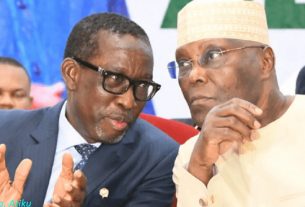