Benue State is being swept to the cliff of horror. At present, general banditry, mass killings and chaos have seized the state, reputed as one of Nigeria’s food baskets, by the jugular. A horrible time, killings that mimic ethnic cleansing are escalating. The bloodletting is traced mainly to daring killer Fulani herdsmen and local militias fighting for communal control. It is a lawless moment that demands more than cursory therapy being applied by the Nigerian state.

Benue has been here before. The bone of contention is open cattle grazing. On this pretext, nomads from the North and beyond the country’s borders invade farms, villages, and settlements in the state, destroying crops, slaughtering, raping and torching homes and property. When the locals rightfully resist, all hell breaks loose. Undertaken with atrocious frequency, this has degenerated into mass killings. Although Nigeria is generally insecure, the case of Benue is a war of attrition.

In the past three months, the upsurge points to an imminent disaster. Lamenting the renewed attacks by herdsmen in April, the state Governor, Samuel Ortom, stated that over one million internally displaced persons were in the IDP camps. In late April, sophisticatedly armed local Fulani herdsmen and their co-travellers from across West Africa, who have been defying the state’s law banning open grazing, reportedly invaded an IDP camp in Abagana, Makurdi, where they slaughtered seven persons.

The month of May was no less bloody. The Chairman, Katsina-Ala Local Government Council, Alfred Atera, alleged that over 100 people were killed in attacks on four wards in the area in the middle of May. “All the houses in the ward are intact, but no humans were there.  All I saw were domestic animals. The locals ran away from their ancestral homes; it is that bad,” he said. Not that the attacks have ceased. In the third week of May, between 36 and 42 persons lost their lives to the deadly gangs on May 27 in Shitile, Shikaan, Mbagena Kpav in Katsina-Ala LGA, and Gwer West LGA. At the weekend, Fulani gunmen reported to be carrying out reprisals, murdered 12 persons in Ado LGA communities.

For years, Benue has been under siege, assailed by murderous herdsmen attacks. In February 2016, herdsmen brutally massacred 500 persons in the state. After this, intermittent herdsmen invasions ensued, forcing the state to promulgate the law on open grazing, but on New Year’s Day in 2018, the herdsmen impudently exterminated 70 persons in two LGAs, including Logo. These days, there is a thin line between the herdsmen and bandits in Benue.

These despicable acts give the impression that the security agencies are complicit in the matter. The governor himself was attacked on his private farm last March and only narrowly escaped. Shortly after the New Year’s Day massacre in 2018, the then Inspector-General of Police, Ibrahim Idris, flagrantly disobeyed an order by the President, Major General Muhammadu Buhari (retd.), to relocate to the state. Illogically, Buhari did not act against him, just as the centrally controlled security system does not arrest or prosecute the Fulani militia or bother to disarm them.

The arbitrariness of the security agencies could be partly why the killings are uncontrollable. In September 2020, soldiers drafted to restore the peace executed Terwase ‘Gana’ Akwaza, a local militia leader, extrajudicially, promising that his killing would enhance law and order. Nothing like that has happened. Instead, the level of insecurity is deteriorating. Last April, bandits slaughtered a Nigerian Army captain and 11 other soldiers in a deadly ambush in Konshisha LGA. Incidentally, the military is involved in domestic operations in 33 states. Even with this, insecurity is uncontrollable. On their part, the police seem helpless, aggravating the situation.

What is the solution? First, the current security system is regressive. Nigeria is a natural federation. This demands a decentralised civil security system. Even the single federal police force is underfunded, shorthanded and mainly serves the VIPs. Subsequently, communities are left on their own because the police number is inadequate. Through a swift constitution amendment, should give way to the state police force with well-equipped, well-trained personnel for the arduous task of defending the citizens. The Benue governor should join his colleagues to demand the amendment at the National Assembly and with the executive arm of government.

Until that time, Benue should review its local vigilante system. In line with the localised security system in the South-West (Operation Amotekun) and the South-East (Ebube Agu), Benue should seriously consider collaborating with other states in the North-Central region to establish a similar initiative.

The bloodshed is too much. Therefore, Buhari should mobilise all security systems to curb the violent killings in the state. The Federal Government should pay more attention to the archaic open cattle herding system, which the bandits rely on to commit atrocities. The rule of law should be respected, human rights protected, without discrimination and security agencies made accountable. For once, those responsible for the killings should be traced, prosecuted, and punished. 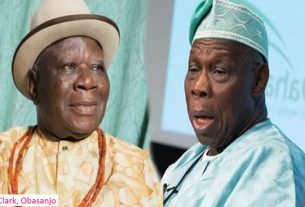 Issues in Obasanjo’s letter to Clark 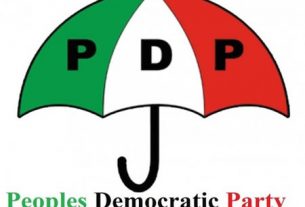 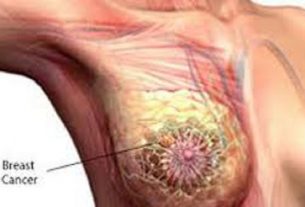