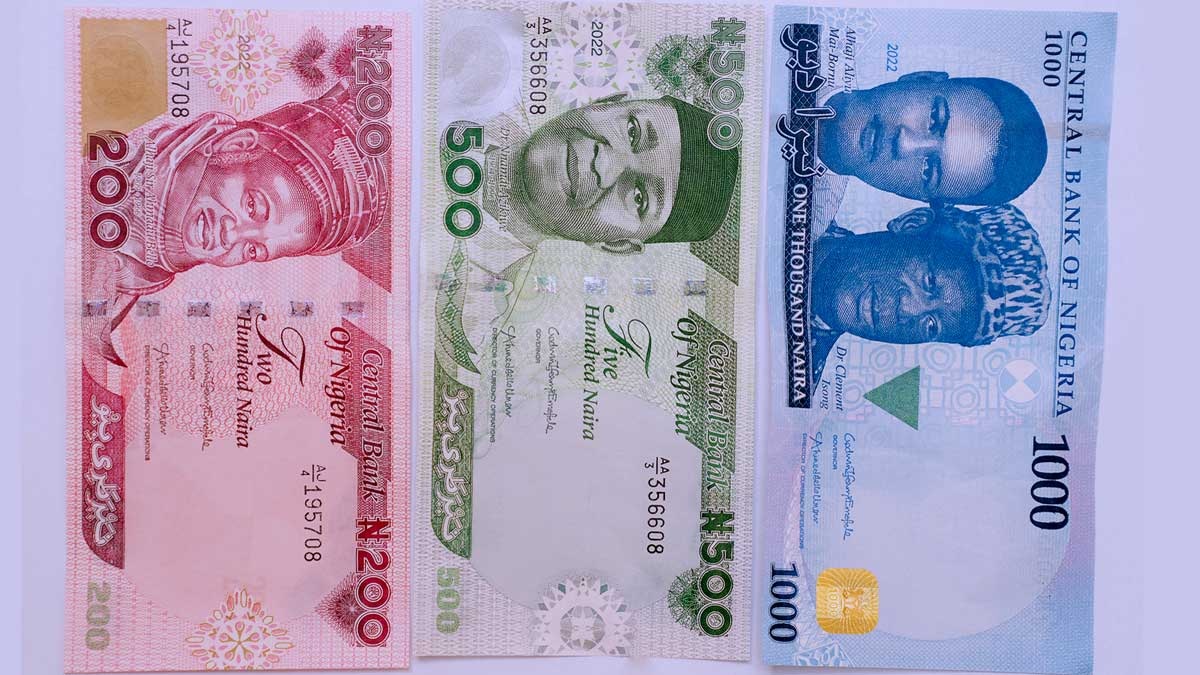 Images of the new N200, N500 and N1000 notes dominated the social media, yesterday, 29 days after the Central Bank of Nigeria (CBN) unveiled timelines of the currency redesign.

Nigerians had opportunity to see the new banknotes after they were unveiled by President Muhammadu Buhari during the Federal Executive Council (FEC) meeting at the Presidential Villa, Abuja.

The unveiling came three weeks ahead of December 15 earlier scheduled for its release, just as calls for extension of the deadline intensify.

Expressing delight that the redesigned currencies are printed by the Nigerian Security Printing and Minting (NSPM) locally, President Buhari said features of the new notes would make them difficult to forge.

At the unveiling, which preceded FEC meeting, the President defended his approval for the exercise, saying: ‘’The new banknotes will help the apex bank design and implement better monetary policy objectives.”

He commended the CBN Governor, Godwin Emefiele and his team, as well as NSPM “for working tirelessly to make the currency redesign a reality and for printing the new naira notes within a comparatively short time.”

Acknowledging that international best practice requires central banks and national authorities to issue new or redesigned currency notes every five to eight years, the President noted that it was almost 20 years since the last major redesign of the country’s local currency was done.

He said: ‘’This implies that the naira is long overdue to wear a new look. A cycle of banknote redesign is generally aimed at achieving specific objectives, including but not limited to: improving security of banknotes, mitigating counterfeiting, preserving the collective national heritage, controlling currency in circulation, and reducing the overall cost of currency management.

‘’As is known, our local laws – specifically the CBN Act of 2007 – grants CBN the power to issue and redesign the naira. In line with this power, CBN approached me earlier this year to seek my permission to embark on a currency redesign project. I considered all the facts and reasons presented before me by the Central Bank.

‘’There was an urgent need to take control of currency in circulation and to address the hoarding of naira banknotes outside the banking system, the shortage of clean and fit banknotes in circulation, and the increase in counterfeiting of high-denomination banknotes. It is on this basis that I gave my approval for the redesign of the N200, N500 and N1000 banknotes.

Fielding questions from newsmen after the unveiling, Emefiele said CBN was committed to the country’s cashless economy vision, an era that would make cash transactions increasingly less relevant. He added that the quantum of money that could be withdrawn from the counter would be drastically restricted, noting that anyone who wants to withdraw substantial cash will be tracked by security agencies to determine its use.

Emefiele said: “It is capital no to requests for extension of the implementation timeline,” insisting that 100 days is enough for anybody to deposit his or her cash holdings in banks, reiterating that there is no going back on the January 31 deadline for phasing out the old banknotes.

At a media session on facts behind the Monetary Policy Rate (MPR), yesterday, CBN Director of Corporate Communication, Osita Nwanisobi, said the apex bank was working with agent banks across the country to help rural dwellers offload their old banknotes.

Emefiele confirmed this, saying there are over one million points across the country where individuals could make deposit to get new notes in the course of the transition period. Emefiele said CBN would henceforth regularly redesign currency after every five to eight years as policy demands.

“CBN, by law, has a mandate to reissue and redesign currency for the country and for Nigerians every five to eight years. And I want to hope that after this unveiling, the Central Bank can just take it as part of its programmes to see to it that every five to eight years, currencies are redesigned or reissued,” Emefiele said, noting that previous moves to redesign the currencies were resisted.

He noted: “There is no need for anybody to think that this programme is targeted at anyone. Like you heard the President speak in the chambers, he said this discussion to redesign and reissue the currency started earlier in the year. We took painstaking efforts in looking at the pros and cons and the reasons when and why it should be done. And the President in his wisdom, decided that yes, it must be done.”

On cashless policy, he said: “The world has moved away from predominantly cash to cashless economy. And I think Nigeria and the CBN is prepared at this time to move towards a cashless economy. That is the reason with the reissue of these notes, we will insist that the cashless policy is implemented nationwide. We will restrict the volume of cash that people can withdraw over the counter.

“If you need to withdraw large volume of cash, you will fill uncountable forms. We will take your data, whether it is your BVN or NIN so that enforcement agencies like EFCC or ICPC can follow you and be sure that you are taking that money for good purpose. We have to work as a country, Nigeria is the biggest country both in population and economy in Africa and we have to ensure that we do things the right way that also positions us as leader in Africa.”
BUT the foreign exchange rate seems to be indifferent to the sudden unveiling of the new notes. Yesterday, the local currency, which had hit an all-time high of N880/$ two weeks ago, as large cash holders out of panic offloaded their money and converted to foreign currencies, traded for about N760 per dollar.

On Tuesday afternoon, it traded around N770/$ but dropped slightly after CBN’s sudden announcement that unveiling would happen yesterday. Interestingly, naira traded at N760/dollar on October 26 when the new notes redesigning was announced.

A professor of economics at the Lagos Business School, Bongo Adi, told The Guardian that there was no reason to rush the phasing out of the old notes as earlier as January 31, if the redesign is done without any ulterior motive. He said it was normal to have a dual monetary system in which case old notes are allowed to naturally phase out, adding that one-year window would not be too much.

Adi insisted that redesigned notes would not have any impact on the economy and insisted that the efforts invested in the exercise could be more rewarding if channelled elsewhere to bail out the economy.

Besides, he wondered the presence of representatives of EFCC and ICPC at the ceremony if the policy was all about currency change. The Chief Executive Officer of Dairy Hills Limited, Kelvin Emmanuel, said considering that the level of the banked in the economy is 44.5 per cent, “it is difficult to understand how CBN intends to ensure that the 55.5 per cent of unbanked Nigerians in the rural areas deposit their cash into the banking system, especially in areas that do not have access to agency banking, especially for the unbanked for who cash is king and do not have access to the new naira notes for their small businesses.
“The 45-day window between when the new naira notes come into distribution and old notes cease to be legal tender is rather too short and would create some panic in the system with citizens rejecting old notes even when the redesigned ones haven’t circulated well enough.”

Emmanuel stressed that CBN should focus on improving financial inclusion by focusing on the integration of the unbanked to benefit from credit, insurance, transactions, payments and savings.

On his part, an economist, Adeponle Olayemi, queried the rationale behind the redesigning of the new notes. He said: “I just saw the redesigned notes. What are the major differences? I fail to see what is the rationale behind it. What I saw were some people playing with colours. Apart from colours, none of the features changed. The security features, I guess, are still the same. But I don’t think this will achieve much in terms of economic impacts on the economy.”
But the Executive Director, Africa International Trade and Commerce Research, Mr. Sand Mba Kalu, said the redesign is the right thing to do.

According to him, “it doesn’t matter if the change is a holistic redesign or just a little change in colour here and there, the important thing is that there is a change. If you look at the American dollar, you can see the same thing, it’s just a little bit of new features here and there. It is even long overdue. What the government has done is in line with global best practices.”

On her part, the Executive Director, Partnership for the Eradication of Cancer in Africa, Mrs. Salomey Eferemo, said the good thing is that there is a change after all. She said some Nigerians have found it convenient to store currency notes in their rooms when they should be in the bank.

Also reacting, National Coordinator, Human Rights Writers Association of Nigeria (HURIWA), Comrade Emmanuel Onwubiko, said he has no problem with the redesign because it is the prerogative of government to change the currency when it feels the need to do so. However, he said it will be proper for government to let citizens know what it spent printing the new notes. 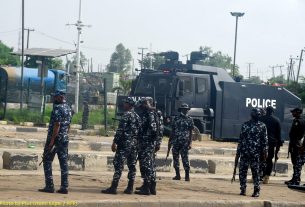 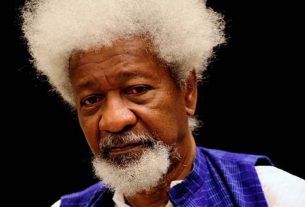 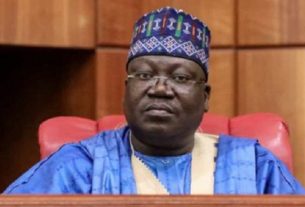