A Chief Magistrates’ Court in Kano, on Wednesday, ordered that a 47-year-old Chinese national, be remanded in a correctional centre for alleged murder of his Nigerian girlfriend, Ummukulsum Sani, 22.

The police charged the accused, who lives in Nassarawa GRA Quarters Kano, with culpable homicide.

Chief Magistrate, Hanif Sanusi-Chiroma, who did not take the plea, ordered that he should be remanded in Kurmawa Correctional Centre, pending legal advice.

He therefore adjourned the matter until October 13, for further mention.

Earlier, the prosecution counsel, Mr Khalifa Auwal-Hashim, said that the accused committed the offence on September 16, at Janbulo Quarters in Kano.

He alleged that on the same at about 9.30 p.m, the accused attacked Sani with a knife after a misunderstanding.

Auwal-Hashim in his prayer urged the court to seek legal advice because the matter was a capital offence and the court lacks jurisdiction to entertain it.

The offence, he said, contravenes the provisions of Section 221 of the Penal Code. 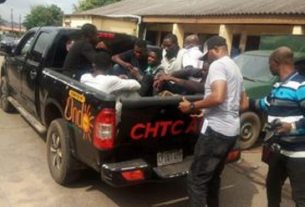 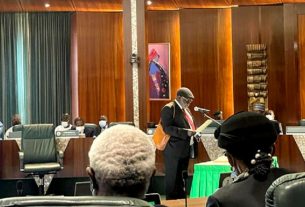