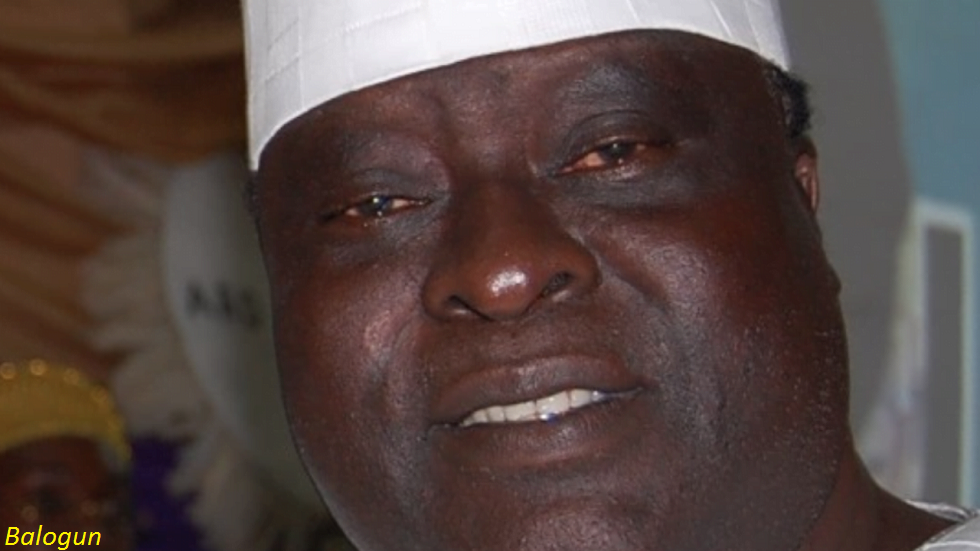 As Ila Orangun, the Osun State hometown of a former Inspector General of Police, Tafa Balogun awaits his body from Lagos tomorrow, Saturday, his kinsmen living in different towns across Nigeria including the Federal Capital Territory, Abuja will from today open condolence registers to mourn his passage.

The National Public Relations Officer of the association, who also doubles as its Chairman in Ondo City, Ondo State, Comrade Bisiola Obaaro, said in a statement that their communal body, Ilaparapo, which is a conglomerate and an umbrella body of all the indigenes of the town in the diaspora will endorse and make comments in the registers.

Describing what he called the sudden death of Balogun as devastating, he quoted the National President of the association, Engineer Paul Ogunrinade, as saying that “all the 79 major towns where Ilaparapo exists must open a condolence register for twenty one days after which it will be collated and delivered to the family.”

Obaaro added that “Ilaparapo members will also be on ground in white dress to receive his body in Ila Orangun tomorrow for special prayer and final internment.”

According to him, “IGP Tafa Balogun has demonstrated himself to be a true son of Ila Orangun as he did his best to bring development to the city.

“For the purpose of emphasis, the late super cop brought Ila Orangun to feel the federal presence. His singular effort to establish the mobile police training institute in Ila has become an indelible legacy.

“Record also has it that the late Tafa Balogun enlisted a lot of Ila Orangun indigenes into the police force while he also sponsored many Islamic and Christian faithful to perform the annual pilgrimage to both Mecca and Jerusalem.

“A long list of names is on his record enjoying scholarship, working and travelling.

“Tafa Balogun was installed the Oluomo of Ila Orangun by the present Orangun of Ila, Oba Wahab Oyedotun. Tafa Balogun rose to become the 21st Inspector General of Police on March 16th, 2000.

“A police officer simply identified as CsP Niyi described the death of Tafa Balogun as a colossal loss!”

The late Inspector General of Police reportedly died at about 8:30 pm on Thursday, at the Reddington Hospital, Lagos, barely three weeks to his 75th birthday..

He is expected to be buried according to Islamic rites tomorrow, in Ila-Orangun, Osun state, his home town.

Born on August 8, 1947, at Ila-Orangun, late Balogun was a member of cadet Assistant Superintendents of Police (ASP) Course 3.

He was the Assistant Inspector General of Police A.I.G Zone One, Kano, from where he was named the 19th Inspector-General of Police on March 6, 2002. He served in that capacity for three years, in the administration of former President Olusegun Obasanjo.

He was also a fellow of the premier military institution in Nigeria, National War College.

He served as IGP between 2002 and 2005 during the administration of former President Olusegun Obasanjo.

He was an Assistant Inspector General of Police, AIG, in charge of Zone 1 Kano. Also, he had served as Police Commissioner in Delta, Rivers and Abia States respectively.

Balogun had not been seen in public in recent times.

Meanwhile, President Muhammadu Buhari has expressed condolences to the Nigeria Police Force, family, friends and associates of the deceased over his death.

In a statement by his Special Adviser on Media and Publicity, Mr Femi Adesina, the President recalled that the late IGP Balogun did all he could to ensure that the Police performed its statutory duties under a democratic dispensation.

According to the statement: “President Muhammadu Buhari condoles with family, friends and associates mourning the death of former Inspector-General of Police (IGP), Mustapha Balogun.

“He also mourns with the Nigeria Police Force, an institution Balogun spent the better part of his life serving.

“The President recalls that Tafa Balogun, during his tenure as IGP, did his utmost to ensure that the police performed its statutory responsibilities under a democratic dispensation; and his penchant for boosting the morale of officers and men in the Force has been acknowledged by those who served under him.

“President Buhari’s thoughts are with the family, the government and people of Osun State, as well as colleagues and former colleagues of the deceased police chief.

“He prays for the peaceful repose of the soul of the departed,” the statement reads. 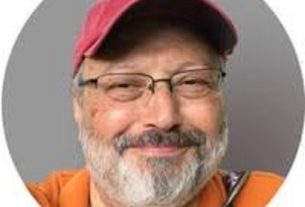 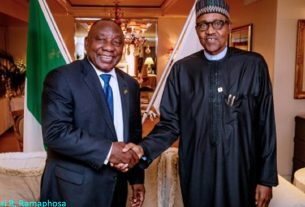 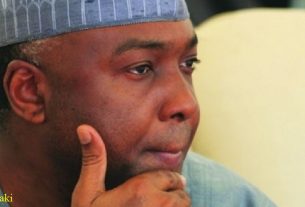 Saraki counsels Buhari on how to end insecurity