Light taps on the door roused me from the half-sleep state I was trying to deepen. Discomfited but not vexed, I was a tad sluggish climbing out of bed, as I wondered who it was this time.

Two louder knocks impatiently followed, protesting or, perhaps, chiding that act of hesitation and propelling me towards the door.

I opened to behold Dr. Olupomi Ajayi, the Administrator of Grailland and Mrs. Alaba Osigwe of the Administration office, standing there with friendly smiles discernible even under the disguise of their covid-19 face covers.

“We understand you don’t want to leave us. You like it here and want to stay?” Dr. Ajayi remarked jocularly after we exchanged greetings. The three of us laughed heartily at the joke, but I laughed the most even as I marveled at how the former Institute of International Tropical Agriculture (IITA) scientist could so easily have apprehended a thought that had been busy stomping about and attempting to hoist a flag on my mind.

I’d been a guest on Grailland for three days, attending the Grail funeral accorded former Minister of Information and Culture, Prince Tony Momoh, on February 11, 2021 and was lodged at D Block, one of the guest houses in the sprawling exotic and sedate complex.

However, I came down with what seemed an acute malarial attack after exerting participation in the ceremonies. Apart from sporadic sneezing and slight feverishness (probably provoked by my exposure to the cool showers from the heavens on the fateful day), I barely could walk as all my joints ached severely.

I reported at the clinic, which thankfully was opened, and was given some prescriptions by Dr. Adewale Ogunbadejo, Head of the Grailland health team, who, despite not being on call, was kind to attend to me and some other patients even in the evening.

I returned to my room to use the medicines and sleep after a quick dinner at the open restaurant.

The slumber was much better than the one I had the previous night, from which I’d woken up earlier than I usually did and began sensing symptoms of the imminent illness. This one was a restorative. I rose to discover the sneezing and tiredness had abated; the pains were all gone and I felt like a cougar ready to take on the day with its challenges. It could only have been a miracle!

But just to make my system a bit more uncomfortable for the  malaria parasites feeding on it and accelerate the three-day programme of exterminating them, I took the second dose of the treatment drugs after having breakfast and… dozed off.

I wouldn’t know how long I’d slept, but I was woken up by the Chief House Keeper, Mrs. Veronica Amakor’s intermittent calls and rappings on the door.

Drowsy, I went reluctantly to answer the door. It turned out the grand old lady wanted to know if I’d concluded payment formalities for my accommodation and when I planned to leave.

But, just one look at me… her face creased with worry and concern. She dropped the subject that had brought her and asked if I was well. I answered in the affirmative, explaining to her, though, I had malaria for which I’d been treated and needed sleep to heal.

The matronly woman stood unsure as she scanned me all over. After a while, she pronounced I definitely looked bad and needed to see the doctor again. Would I mind if she rang the clinic?

I told her not to bother and that I probably looked so to her, because I was yet to have sufficient sleep, as I suspected one of the medications given me at the clinic was a sedative. I would be alright after I’d had some good sleep, I assured Mrs Amakor in the best possible polite albeit firm manner and tone that could match her’s, even though all of me wished she would just go so I could enjoy my rest.

I had drifted to dreamland when Mrs. Amakor showed up at the door yet again. Although unhappy at having my sleep interrupted second time, I lumbered across the room to reciprocate the love and courtesy I knew was obviously behind her fussing over me.

Like mother-hen, she had come this time merely to check how my health was faring. She advised I could relax all I want and leave the next day to allow me more time to recuperate. (No hint of billing, although I was due to check out that afternoon)! I thanked her sincerely and went back to bed.

Dr. Ajayi and Mrs. Osigwe’s visitation would make the fourth time in four hours (10am-200pm) that I would have my sleep ‘disturbed’. Mrs. Osigwe had, in fact, been here before returning in company with her boss on this round.

Some moments after Mrs. Amakor left, she had arrived with a physician, Dr. Kuku, in tow. Evidently the house-keeper had informed the office about a sick lodger, a Cross-bearer from Ibadan, whose case, it was felt, must urgently be attended to.

The doctor brought with him his medical bag containing covid-19 diagnostic equipment including a pistol-like thermometer. But after taking my temperature which read 36 degrees centigrade, asking few questions and scrutinizing the medications, Dr Kuku gave me a clean bill of health, and as a bonus, a short sermon on the need for me to keep safe amid the raging pandemic.

“From what I have seen of you, there is no problem and there shan’t be by the grace of the Almighty. But please when you leave this environment keep safe by ensuring you observe all the (covid-19) protocols. Don’t visit people unless it’s very necessary and don’t let people visit you. Stress it to your family members, your neighbours, your colleagues. Many people are dying because they don’t believe the virus is real and so they aren’t taking it seriously. But, it’s very real, I tell you and we need to protect ourselves against the pandemic as we pray for a solution and breakthrough.”

I thanked Dr. Kuku profusely for his advice and care. After I’d locked the door behind him, however, it was no longer so easy to resume the sound sleep I was quietly enjoying ere then, amused by the drama and attention I tended to have attracted to myself and yet touched by the unique hospitality and profound benefits staying on Grailland afforded, but which, probably due to their latency, were often missed or neglected by visitors, including even Cross-bearers that this experience has somewhat awakened me to!

Dr. Ajayi had personally come to see for himself after being informed about my case, and his witty crack was obviously out of relief that I was looking fitter than even a gym trainer and not the picture of an invalid he probably imagined to meet.

The administrator asked how I felt and whether or not I’d eaten and taken my drugs. I replied I’d done so in the morning. To this he and Mrs. Osigwe looked at their watches and informed that a follow-up was due as it was already 2.00pm.

The amiable secretary then handed me a cellophane bag containing biscuits and some money they brought along for me to buy lunch.

I accepted the parcel of biscuits with pleasant gratitude, but my objection and attempt to return the money with protest that it’s rather I, like other Cross-bearers, who owed Grailland all the support we could give particularly at these trying times, were nevertheless stiffly rejected.

While he agreed with my view, Dr. Ajayi ruled that the reverse would apply in this peculiar circumstance! His words and this gesture of warmth, love and kindness by the Grailland staff made emotions to well up in me. I felt my tear gland rip open and only managed to save myself the embarrassment of having my hosts see the burst dam from spilling even a drop of rheume, by keeping up with the convivial spirit and affable overtone of our conversation.

Still laughing, I confirmed Dr. Ajayi’s gift of mind-reading. If I could help it, I’d stay on Grailland forever, or perhaps, until it’s time for me to depart the earth like my venerable senior colleague in Journalism, Prince Momoh, for whose farewell we’d congregated – family, friends and fellow adherents of The Grail Message, on this hallowed grounds the day before, just did; I confessed.

I enthused about the natural appeal, the scenic beauty, the tranquil environment and of, course, a humanness – the unique hospitality and charity pulsating in the system and manifesting all around.

My hosts listened to me briefly with calm modesty and then took their leave, but not without reminding me to go have my meal at the cafeteria ASAP.

I went inside to fetch my footwear and prepare for the short walk to the eatery, but instead found myself flopping on the bed and becoming enthralled in reflection on the import and possibilities this experience bear for stakeholders.

The more I contemplated it, the more the exercise appeared like merely scratching the matter on the surface.

Fabowale is the Editorial Board Chairman of The Radiance. 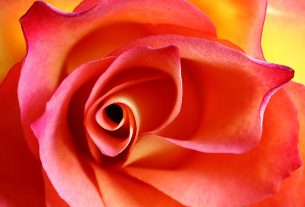 I choose to embrace you in love 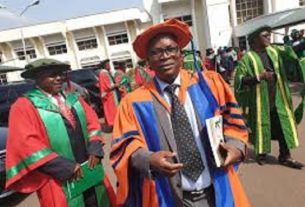 Tribute to my ‘ill-equipped’ lecturers in Nigerian universities

Till death do them part