Of course, it wasn’t my first time as a border on Grailland.

Being a member of Grail Movement –Nigeria, I often stayed at the settlement, the headquarters of the not-for-profit organization and residence to some of its thousands of members, when attending major events there. These include retreats, public lectures, the three spiritual festivals usually held in May, September and December of every year as well as Christmas and Easter during which members, otherwise known as Cross-bearers, from within and outside the country encamp on this site on Iju hills on the outskirts of Lagos.

Quite naturally on such occasions, which also attract members of the public, the atmosphere and mood tend to be upbeat, if not boisterous, due to festivity and various meetings held by the leadership and other subgroups.

There are also the lively social interactions stretching from friendly banters and ‘catching-ups’ among the crowds of visitors at the bars, restaurants or in the parks, to enriching spiritual exchanges among flat mates housed in the many guest houses.

Although everyone tries to observe decorum according to a code guiding behavior on the premises, the unusual population surge, the outdoor activities and room discussions could sometimes be, to some, disruptive of the tranquility and serenity that Grailland offers, and so choking and distracting.

Even so, many of the guest-participants deprive themselves the fulsome benefit of their trips as they depart immediately after or even before the major ceremonies often lasting three days are concluded, instead of staying back, as prescribed, to savour and deepen the value of the experience in the quiet and beautiful ambience. As a busy journalist with just a three -day grudging official leave to attend, I confess to being among this impatient tribe.

I have, however, become converted since discovering, on staying back for an extra day or two, often an extracted concession from my bosses, what unquantifiable blessing I and my kind were missing out on, in the haste to return to the rat race trap!

Grailland is a home of alluring beauty, peace and harmony that engages not only the senses, but also the soul in a hard-to-describe blissful way, even as you approach its precincts from Isaga, Ajuwon or other contiguous villages. The squalor and loud temper of the neighbouring communities are sharp contrasts to its own somber mien and fascinating scenery. They signal a transition from ‘hell’ into Paradiseland and prepare the ‘pilgrim’ for breath-taking views and delightful experience that await him!

Encompassed by a wall fence and dense vegetation, Grailland is a hidden jewel box of marvelous architectural masterpieces consisting of residential and administrative buildings, meeting halls, guest houses, cottages, restaurants, water fountains, a language school, publishing house, parking lot, neat and well-paved narrow and wide lanes, as well as an imposing Temple. Much of these structures are built with European (Germanic influence) on a large expanse of exquisite topography with diverse features ranging from undulating fields, hills, plains, valleys and wetlands!

Diverse species of plants, animals and avians to be found in the Nigerian clime including rabbits, squirrels, egrets, doves, peacocks, butterflies, share this space with the human inhabitants. They range free in the parks and homes of some of the residents without apparent fear of harm or molestation. Some of the birds flutter excitedly in the sky or on top of some of the trees making delightful melodies with their warble and chirping. There are also some primates reportedly to be found in the further recesses of its forests.

Grailland is a beauty to behold any time of the year. But going during the rains, when the flowers are in full bloom and its green wonder is in full display of the richest emerald, lemon and numberless, luxuriant hues on the lush grasses and profuse species of foliage within this environment, seems best.

But even in February (peak of dry season), the resort is still an impressive sight to behold, as my recent trip there confirmed.

In spite of aggressive challenge by twigs, leaves, grasses and bushes scalded and made to wear various shades of brown – parched, palfrey, chocolate, even gold-leaf imitation, due to excessive sun heat common about this time of the year, the colour green still predominates and asserts its authenticity as the natural attire and shield of this yet largely chaste and untainted abode of nature.

Complementing this is an array of other floral resources, among them an arcade of trees, orchard, flower gardens and flowers standing solitarily or in rows. With their wealth of colours, they lend dazzling and surreal glow to the aesthetic beauty of the environment.

Grailland is composed of three major sections – the two ‘Fairfields’, residential areas at the southern and northern ends of the estate and Grailland itself tucked between both. The major activities are concentrated around the central area though as it hosts, among others, the administrative block, assembly hall, the clinic, the guest houses, gate house, power house, fire station, the Alexander Bernhardt Publishing Company, responsible for the publication and distribution of series of Grail literature.

The Temple, where the Almighty God is worshipped on Sundays and on special occasions in accordance with the Grail tenets is also located in this vicinity. The crest of this majestic sanctuary, sited on the highest of the impregnable hills around here, offers a vista of Grailland’s impressive scenery. That, of course, requires climbing the steep distance of the circular (ring) road that leads thereto. The motorway and walkway for pedestrians have been built wide enough to accommodate and enable a traffic of about 2,000 male and female worshippers access the hall of worship from either side in line with their gender.

The loop takes off from a pair of gushing water fountain at the base, encircles the Pavillion, which serves as a waiting/preparation area and ascends to terminate on a landing at the top, a few metres from the Bell Tower that ushers congregants into the sacred magnificent edifice.

But ascending the knoll, is not at all arduous. The steps are built to make the strides enjoyable and the distance easily and quickly covered, even though a plus-size person must find the exercise useful in strengthening his heart and shedding a sweat or two, if not some extra rolls of fat with regular attempts.

The same is true of the entire central area, built in a similarly unique (concentric) way that the various offices, facilities and structures can be accessed and connected from various points without stress and within a very short time.

There are different categories of decent lodgings built to accommodate visitors, especially those participating in some of the events held there. They include – Roseville, Ixora House, Jasmine, Princess Court, Parkhause, Block CDE and Alamanda. Apart from their exquisite interior décor, each room and apartment has a sanitizer dispensing machine affixed to the entrance, just as are mounted on conveniences at strategic locations on the premises.

The cost is incredibly cheap compared to industry rates, considering the quality of facilities and comfort on offer. For instance, accommodation at Roseville and Princess Court which boasts of a five-star hotel standard, ranges from N25,000 to N50,000 (Massionette) per night, while it’s between N2,500 and N10,000 per bed/night in other apartments with multiple beds ranging from three to six beds. The rooms and suites are air-conditioned, tastefully furnished and equipped with television, refrigerators and in the case of those belonging to the posh class, regularly supplied with fresh flowers and fruits!

A loved one based in North America was wowed, as I took her on a guided video tour of the interior of the apartment I stayed in during my latest trip. She had noticed and remarked that I wasn’t speaking from my home setting during a video call we had on the night I arrived and couldn’t believe when I told her the paltry fee I paid for the luxury.

According to Mrs. Alaba Osigwe, about a third of the charges are slashed off as discount for guests off peak periods.

Another advantage visiting at the less busy time is the freedom to enjoy your own company alone and in peace. Because of low patronage, chances are that you will have the room you are allocated entirely to yourself throughout your stay, unlike when attending congregational programmes and have to share the conveniences with others.

One also gets to savour a variety of continental and local cuisine including the country’s most delicious specialities – Ogbono, Oha, Edika Ikong and vegetable soups on buffet at Gestahof, an exclusive, up-scale eatery, or at its more popular sibling called ‘Open restaurant’, where you can get a decent meal a la carte for between N400 and N500 only!

Adjacent to the cafeteria is, a Suya/Asun stand where spicy barbequed fish, chicken and beef are served along with assorted brands of chilled drinks from a richly stocked bar adjoining it. Here you can relax and enjoy good meals and drinks, although there is a limit to the number of alcoholic drinks a patron can be served.

There are additional delightful sights and sound to explore. But they are far-flung. However, one can get the internal transport tricycles (Keke Napep) shuttle services between the outer gate in Ajuwon and Grailland to take one to where they could be found in this subliminal environment.

But not to miss the details, taking a brisk walk in the morning or evening which, in any case, affords one an opportunity to exercise may be a better option. The well-manicured lawns, neat, well- paved and lit pathways as well as other dazzling sights naturally trigger the impulse one will find hard to resist.

Thus one gets an opportunity to meet some of the residents and Grailland’s army of workers, young and old, men and women, in front of their dwellings, on the roadsides, everywhere, busy pruning flowers and hedges, sweeping the lanes and doing some other chores. The people are friendly and courteous and are eager to assist strangers find their way around the settlement or with other queries they may have. 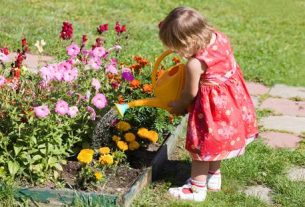 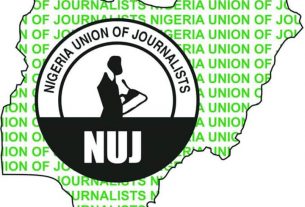 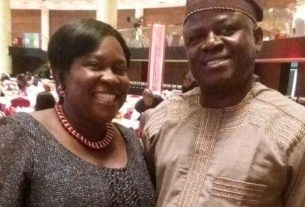 How Alaafin’s police orderly caused Abacha scare at my wedding