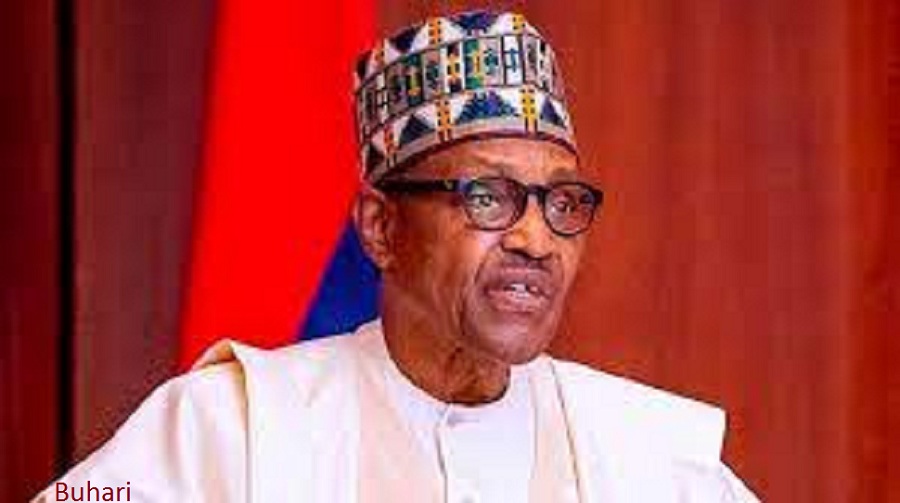 President Muhammadu Buhari on  Thursday said the All Progressives Congress, not an individual in the party, would decide  power rotation in 2023.

Buhari, who said this during an interview on Arise Television, also accused state governors of stifling local governments in the country.

Although he did not mention governors specifically, he said aside being short-changed in terms of allocation, many of the local government chairmen had been compromised.

Amidst calls for the zoning  of the Presidency to the South,  Buhari, during the interview, said it would be left for  the party to decide.

He said he had no plan to succeed himself. He added that  nobody would sit down in Lagos and be directing party members on what to do.

He stated, “What this administration can do is to ensure the APC lasts beyond this administration. The APC  will know the number of  members in the local governments and the states so that by the time this administration goes, they (members) would be firmly on the ground  and can continue. That is the best thing for the country politically and for the party.

“We should allow the party to decide. We started from the bottom up and I gave the acting chairman until the end of the month.  He asked for an extension. They are going to give me a report on the convention we are going to conduct.

“We would start this from bottom up so that the members of the party would feel they are involved in decision-making of the party, nobody is just sitting here in Lagos and telling them what to do. This is what we are arranging.

“No succession plan. It depends on the party. We are going to leave this to the party. The party would sit and make its decision. Those who want to be the President should better join the APC.”

He attributed the social problems bedevilling the country to poor local government system.

Buhari said, “Local governments have been killed. The three tiers of government, if they are being followed properly, we would not be having these social problems.

“But the problem is that they have been virtually killed and that is not good for this country because those who become the local government chairmen are being compromised.

“If your local government is supposed to receive N300m, a letter will be prepared for you to sign that you have received the money and you are only given N100m.”

On the spate of insecurity in the country, Buhari said he had directed the police and military to be ruthless.

He said with efforts already put in place, Nigerians would begin to see the difference in a few weeks.

The President said, “Try and appreciate the efforts the Federal Government has made. We have replaced all the service chiefs and the Inspector-General of Police with new ones. We allowed them to go round and see the problem, although they have been part of it all but now, they are in charge and we made sure that their priorities are to make sure they bring normalcy and accept the responsibilities of their offices.

“They are working very hard on that; we cannot give you too much information on that. We don’t want to make them (criminals) to be aware that we are taking them head-on. But I think those who are in the field know that they have been suffering a lot of casualties.

“The problems in the East, South-South, we know. The problem is that in the North-West, the same people, same culture killing each other, stealing each other’s cattle, burning their villages. As I said, we are going to treat them in the language they understand.

“We have given the police and the military the power to be ruthless and in a few weeks’ time, there will be a difference.

“We told them that if we keep people away from their farms, we are going to starve and the government cannot control the public. If you allow hunger to pervade the society, the government would be in trouble and we are already in enough trouble. Sooner or later, you would see the difference.”

Describing the poverty level in the country as unimaginable, the President said this and unemployment were responsible for the insecurity in the country.

He added, “I think we have a problem with unemployment. We have a problem of a lot of youths looking for what to eat, not to talk of accommodation or clothes. The level of poverty is almost unimaginable.

“So, this is our problem. But those who are really keeping in touch with what we are doing know the difference between the time we came in and now.”

The President also called on state governors to take the responsibility of ensuring the security of lives and properties in their domain.

He said, “Recently, two governors from the South-West came to tell me that the cattle rearers from some of the forests there had killed farmers while their cattle were eating their crops.

“So, I told them ‘you campaigned to be elected and you were elected’. Then they said ‘yes.’ And I said ‘go back and sort out yourself.’

“All of us here can recall, when there are security committees at each level – at local governments and states. They consist of the traditional rulers who have been there for generations. So, they know all the crooks in their localities.”

Buhari also backed the position of his Attorney-General, Abubakar Malami, who had earlier faulted state governors who banned open grazing in their states.

The president said, “You want me to contradict my Attorney-General? What I did was ask him to go and dig the gazette of the First Republic when people were obeying laws. There were cattle routes and grazing areas. Cattle routes were for when they (herdsmen) are moving up country, North to South or East to West, they had to go through there.

“If you allow your cattle to stray into any farm, you are arrested. The farmer is invited to submit his claims. The khadi or the judge will say pay this amount and if you can’t the cattle is sold. And if there is any benefit, you are given and people were behaving themselves and in the grazing areas, they built dams, put windmills in some places there were even veterinary departments so that the herders are limited. Their route is known, their grazing area is known.”

The President also urged the youth to behave themselves as no investor would invest in a country ravaged by crisis.

He said, “You remember the EndSARS people who wanted to march here and remove me.

“I got the members of the executive council, which every state has a representative and I told them that each one should go to his state and speak to the governor, traditional leaders and the business people and tell them that the FG has no more vacancy.

“Nobody is willing to invest in an insecure environment. So, I told them to tell the youth if they wanted jobs, they should behave themselves.”

“God has endowed us in this country, who would go and invest his money in any unsecured environment? It is common sense, so you will behave yourself and make Nigeria secure so people can invest. “

On  the fuel  subsidy, Buhari said, “Nigerians are saying this is their oil so it can’t be too expensive. Nigeria’s petroleum is being sold from here up to Ghana.

“You close the border, they ride machines into the bush with jerry cans, so we want to get the cooperation of customs, immigration and these border guards.”

On the suspension of Twitter operations in Nigeria, the President simply said “I will keep that (his opinion) to myself.”

The governor, who spoke through his Chief Press Secretary CPS, Mr. Olise Ifeajika stated this in an interview on Thursday in Asaba.

On his part,  a former National Chairman of the APC, Chief John Odigie-Oyegun, reacted to the President’s comment on power rotation, saying zoning was inevitable in the party.

He stated, “What the President said is what it ought to be. We are building not just a political party but a nation. Politics is all about inclusiveness although some Nigerians choose to call it zoning or rotation, I prefer to call it inclusiveness.

“We must learn to be as inclusive as possible. Every part of a local government, a state or a nation especially as multi-ethnic and multi-religious as Nigeria must build a system where everyone will have a sense of belonging there is no two ways to it. Every part of this great country should be given a sense of belonging in terms of appointive and elective office. Zoning is inevitable.”

The former APC national chairman said this as the opposition  Peoples Democratic Party and its presidential candidate in 2019, Alhaji Atiku Abubakar, tackled Buhari over his comment that  those aspiring to be President should defect to the APC.

The National Publicity Secretary of the party, Kola Ologbondiayan,  in a telephone interview with one of our correspondents, in Abuja, said, “Major General Muhammadu Buhari (retd.), does not pretend about his aversion to political contests. This explains why he left the defunct All Nigeria Peoples Party to form the Congress for Progressive Change just to emerge unopposed as presidential candidate.

“Now, as president, he is working very hard to turn Nigeria into a one-party state, this explains why he is leading his party, the All Progressives Congress, into coaxing members of the opposition into joining the APC.

“For us in the PDP, we want the President to be aware that Nigerians are resilient people, they are feeling the heat of his mis-governance and the pain and suffering which the APC represents and are prepared to legitimately resist all forms of threats and intimidation in order to resist the APC and all it represents come 2023.”

Speaking in a similar vein, Media Adviser to  Abubakar, Mazi Paul Ibe, said, “The President was trying to sell his party the APC, you cannot blame him. However, the truth remains that he is trying to sell a very bad product. Nigerians don’t want to join a sinking ship. Nigerians know that the PDP is the platform for Nigerians who mean well for their country. We are working hard to rebuild our party.” 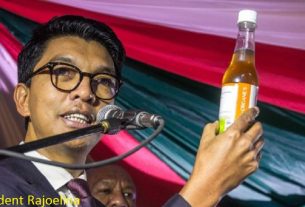 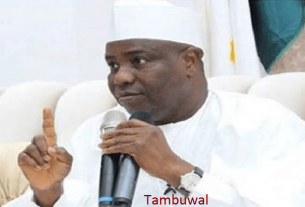 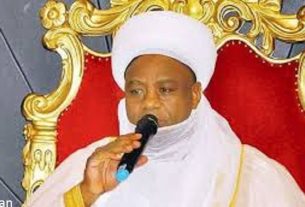