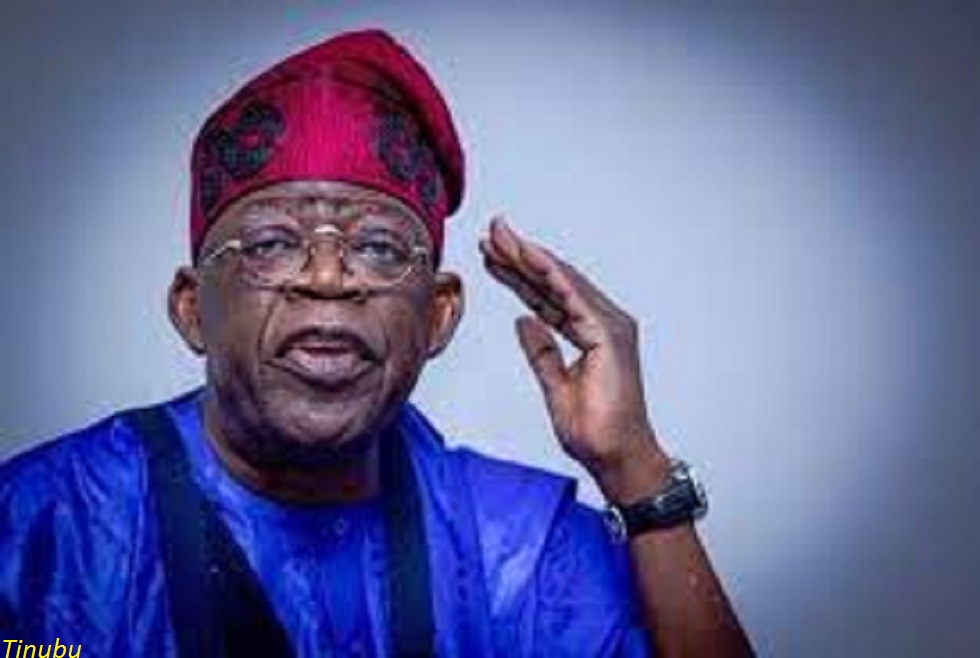 The presidential candidate of the All Progressives Congress (APC) Asiwaju Bola Ahmed Tinubu on Sunday evening said he was still searching for his running mate.

He spoke at the presentation of the book “Mr Speaker” and unveiling of the Legislative Mentorship Initiative to mark the 60 birthday of the Speaker of the House of Representatives, Femi Gbajabiamila in Abuja.

Praising the good working relationship between Gbajabiamila and his deputy, Hon Ahmed Wase, he said he needed to learn from the duo about the way they worked seamlessly together as he continues his search for a running mate.

Gbajabiamila, he said, is a symbol of democratic value, honesty and integrity; while he described Wase as a good symbol of unity, dependability and honesty.

The APC presidential candidate lauded the Speaker for his contribution to his emergence as flagbearer of the party.

He said he discovered Gbajabiamila as a potential politician even though the Speaker was reluctant at first.

He said despite Gbajabiamila’s initial hesitation, he encouraged him to get involved; adding that he encouraged the Speaker to always do what the people wanted.

Showering encomiums on the Speaker, he said: “As a Minority Leader, he consulted wide and he’s always there to see the thinking of opposition that we must bring a revolution to the House to be able to beat the PDP. And then, he will brainstorm for any length of time about political strategy.

“When he was challenged for the position of the speaker, I think after our merger he worked with me tirelessly. Femi is a workaholic. The problem of failure stared him at the face. He lost the election to become the Speaker.

“I was close to tears. Stamping my foot to the ground I said ‘we will win again. Femi keep up. Pick yourself up.’ I am very proud of you that you did, you didn’t give up. You did the opposition and the support job. You demonstrated what we learnt from textbooks and other authors.

“That life is not about education of one section of the society. Remember what we discussed about paying the WAEC fee of omo iya onibooli (the son of the woman who roasts plantain), and my mum was alive then, asking me to see to it each time I gave her money, it doesn’t last.

“And I said whatever you do with the money I don’t know. Mama will say no, those women there they are mothers, they want to pay WAEC fees. And Femi was one of the first set of people I consulted. Are we going to say that the children of the poor are not deserving becoming Governors, Doctors and Engineers? I said I was afraid. He said do it. So that is how a junior brother can inspire a senior leader.

“Femi with your determination, grit, you are a contributor to our democratic growth, thank you. You have character. You are a great mentor and you are doing a good job charting a path to success. You’ve done a good job and I say thank you, thank you.

“What you did during my primary is a story for another day. I’ve spent more time, too many times and people might be bored, they might be envious too, they might be jealous. I won landslide, I thank you.

“I could see his deputy (Wase) sitting down there too, you are a very good symbol of unity, dependability, and honesty, thank you. Thank you for both of you. You’ve not rocked the boat. I will need to learn from both of you, how you made the pair work because I’m still searching for my running mate.”

President Muhammadu Buhari described Gbajabiamila as a true patriot, a team player and a skillful parliamentarian.

Buhari, who was represented by his Chief of Staff, Prof Ibrahim Gambari, said the Speaker is one who looks beyond differences for the benefit of all.

“For him what matters is not so much the party differences but what unites Nigerians and that is why he is a passionate advocate for a peace democracy and unity of Nigeria. And no amount of parliamentary maneuvers or differences between parties would deviate him from this. He introduced the term legislative diplomacy. When there were issues between Nigerian and Ghanaian traders, He went to Accra and met with his colleagues and tried to resolve the issue.

“Mr President is very proud of the fact that he did not need to interfere in how the National Assembly runs because he had trust in the capacity in the leadership of the Senate and House of Representatives and therefore he feels that with capable hands in both chambers of the NASS there is no need to interfere.

“It is also a fact that under the Speaker and leadership of the senate there is no automatic opposition and antagonism to the executive. The role of legislature is not to be antagonistic as a matter of routine, but to be partners for good governance for teh people of Nigeria. They are working together to make Nigeria better,” he said.

Gbajabiamila urged Tinubu to consult him in choosing his running mate.

The Speaker said he would help the presidential candidate to get a running mate that would work smoothly with him.

“You (Tinubu) said in your address that many years ago you consulted with younger brother on the issue of WAEC and that consultation bore fruits. I give you my own parting shot. It is that time again to consult with your younger brother. I will give you a running mate that you will enjoy working with. But this time the consultation I promise you will not be for free,” he said.

He said the book was not just about him but also a tribute to everyone that has helped him get to where he is today particularly Tinubu. 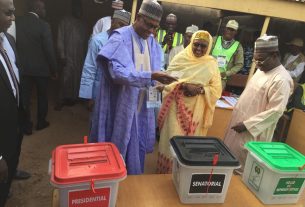 Buhari votes, says he will win 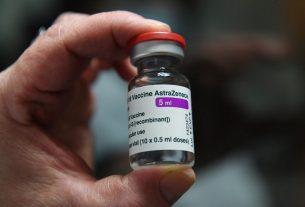